The trainwreck that is North Carolina’s “bathroom bill” continued today, as lawmakers convened for a special session aimed at repealing the law—only to double down on discrimination instead. 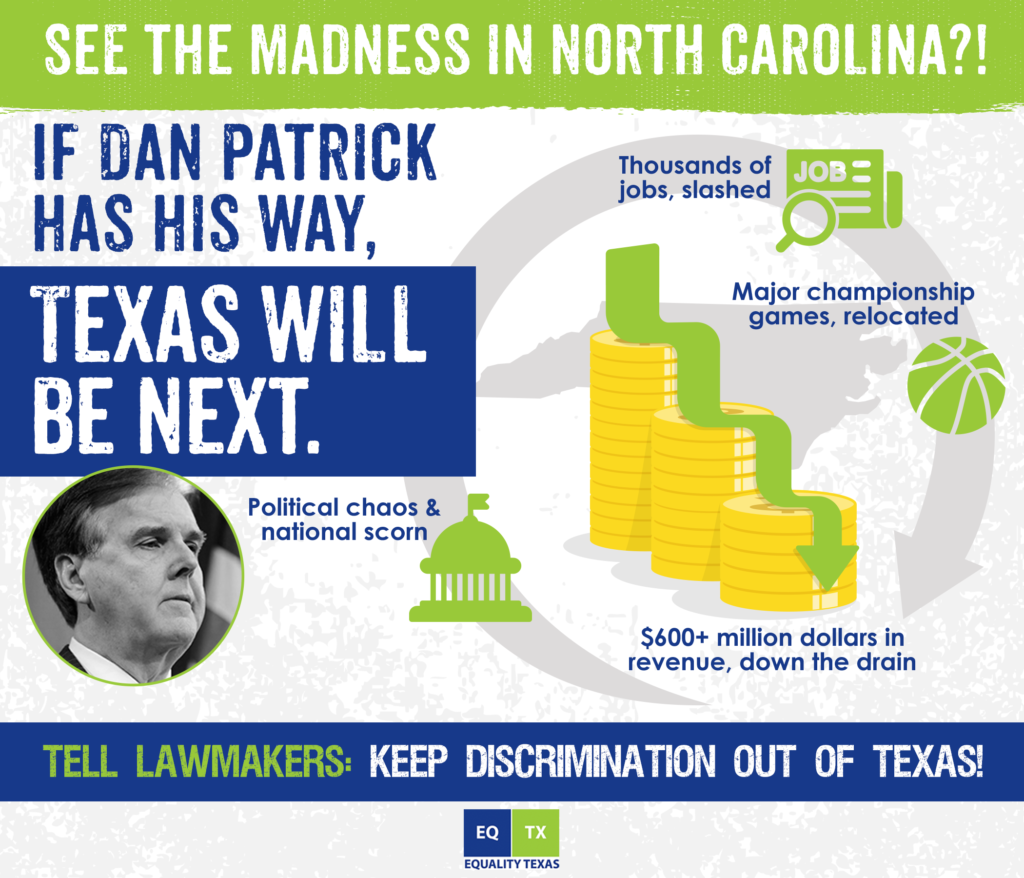 After a costly 10 hour special session, lawmakers failed to repeal HB 2. That means the shameful era of state-sanctioned discrimination will continue in the Tar Heel State. And hardworking North Carolinians are the ones who will bear the price.

Since outgoing Gov. Pat McCrory signed HB 2 into law 9 months ago, the state has been crippled by economic sanctions, including $600+ million dollars in lost revenue and investments, hundreds of thousands of frozen jobs, and countless cancelled high-profile events. These costs are sure to rise, after lawmakers’ botched attempt at repeal.

These facts should be enough to make lawmakers in other states rethink their support for NC-style “bathroom bills.” But in Texas, that’s not the case. Inexplicably, Lieutenant Governor Dan Patrick has said it’s his top priority next year to pass a near-replica of HB2, even though a study released last month showed that it would cost Texas 185,000 jobs and $8.5 billion dollars in annual GDP.

What’s happening in North Carolina should be a wakeup call for Texas. The state has been embroiled in political chaos for months, the economic fallout grows more severe by the day—and Texas could be next if Lieutenant Governor Patrick has his way.

You can help stop Lt. Gov Patrick’s “bathroom bill” and any other anti-LGBT legislation introduced in 2017 by making a donation to Equality Texas now. Through the end of the year, a donor will match all donations up to $7,500—and every penny will help ensure we have the resources we need to fight back against attacks on LGBT Texans. Click here to make a donation now.