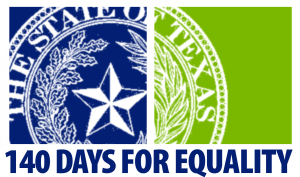 Check out our list of the 5 best and 5 worst members of the Texas Senate on LGBT issues.