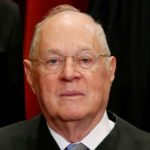 Supreme Court Justice Anthony Kennedy announced his retirement Wednesday, setting the stage for what promises to be an epic political battle over his replacement.

There is little doubt about Kennedy’s mark on history. More than any other justice, he was responsible for the advancement of LGBTQ rights. He wrote four of the court’s opinions on the subject over nearly two decades.

The retirement of United States Supreme Court Justice Anthony Kennedy marks the end of an era in the fight for equality for lesbian, gay, bisexual, transgender and queer Americans.

No Supreme Court Justice has had a greater impact on equality for LGBTQ people than Justice Kennedy.

His opinion in Lawrence v. Texas ended decades of criminalization of intimate relationships where the government never belonged. In his landmark Lawrence v. Texas opinion, Kennedy wrote, “later generations can see that laws, once thought necessary and proper, in fact serve only to oppress.”

On this day, we are recommitting to ensuring that the movement for equality continues to move forward on the foundation that the Honorable Justice Anthony Kennedy built for LGBTQ Texans and Americans.