Ever since the conservative movement lost their culture war this year to stop marriage equality from happening in Texas and across this nation, they have been increasingly shifting their attacks to demonizing the trans community.  That increased anti-trans rhetoric, and attempts in several states including Texas to criminalize trans peoples’ lives, has had deleterious effects on trans women of color and especially the African-American trans community. 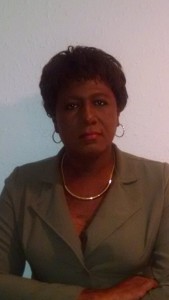 While the 2011 Injustice At Every Turn survey revealed the extent of the problems that trans-America faces, that inaugural survey also pointed out that the Black Trans World is catching hell.  In addition to 26% experiencing unemployment, 41% of the respondents reported experiencing homelessness, and 21% or more reported discrimination in health care. 20% of the same respondents also reported being HIV+, and 34% had a household income less than $10,000.

In another area where we are catching hell, there’s an unacceptable level of anti-trans violence disproportionately affecting Black trans women.  Since Islan Nettles, murdered in August 2013, we have had 25 trans women killed (and the numbers continue to rise daily) with the overwhelming majority of them being Black trans women.

I believe the increase in anti-trans rhetoric may be a factor in the unprecedented numbers of trans women of color being murdered in 2015.  As of this writing 18 trans, women have been killed in the United States. 12 of the 17 women were Black, and another Black trans woman is in critical condition in a Philadelphia hospital after being savagely attacked on August 20th.

Sadly two of the lives lost, Ty Underwood of North Tyler and Shade Schuler of Dallas are Texans. The other pattern that is alarming to me is that many of the trans women who have lost their lives this year have been under the age of 40.  While we have not lost any trans Houstonians yet, I fear it is just a matter of time with this current battle over Houston Equal Rights Ordinance (HERO). All the hateful anti-trans rhetoric uttered by our opponents, which is focused on their despicable strategy of bearing false witness against us will continue to demonize the trans community.

What is infuriating to me as a proud African-American native Houstonian, who fought hard with a group of my fellow Houstonians to pass HERO was seeing a cadre of African-American ministers joining with out of town conservative gay baiters to spread anti-trans lies that in turn convinced people into voting against their human rights.

Contrary to these modern day Pharisees loud and wrong opinions, trans African Americans have been part of the of the kente cloth fabric of Black life for several decades.

When will our lives matter not only to my people but to our fellow human beings as well who assert they are our allies? One of the things allies can do to show support for us is by helping Fran Watson created the We The People White House petition to get 100K signatures by its September 10, 2015, deadline.  It calls for a federal investigation into the causes of anti-transgender violence but, unfortunately, has only 4,663+ signatures at the time of this writing.

It is past time for our Black lives to not only matter to people inside and outside of our community. We need our allies to as fight just as hard as Marsha, Sylvia and all of the other countless trans women did for the human rights.