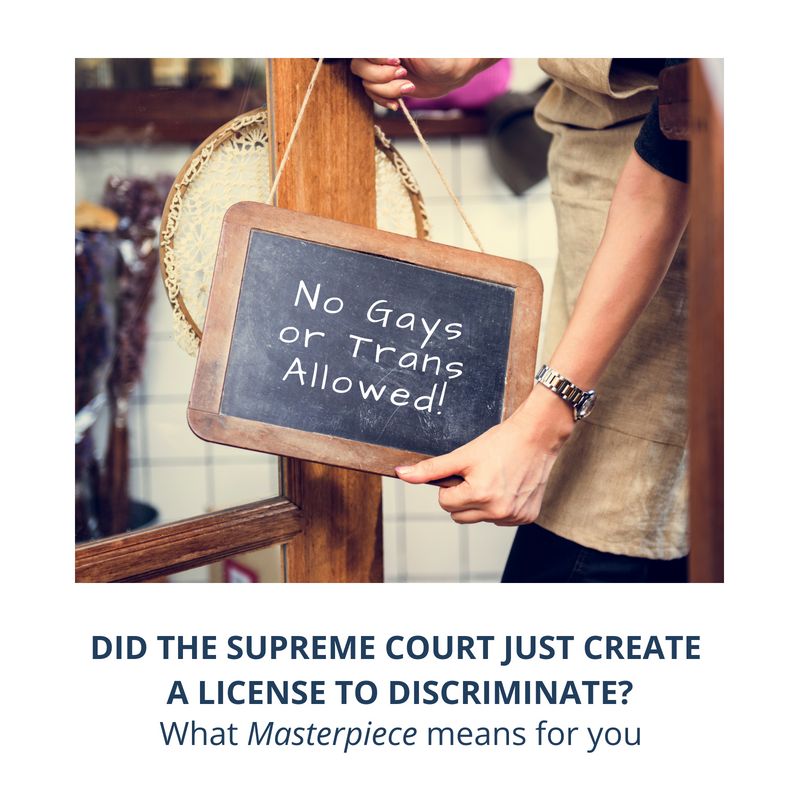 Worried about the fallout after the Supreme Court ruled for the baker in  the Masterpiece Cakeshop case? We are headed to Dallas, Waco, San Antonio, and Houston to answer your questions and strategize about how to fight back!

Join us across Texas to learn more about how Masterpiece affects the fight for equality and what you can do to protect yourself.

Since the Masterpiece decision earlier this month, the opponents of equality have been proclaiming victory, asserting that the Court handed them a big win. The decision has clearly emboldened anti-LGBTQ groups and their supporters, leaving LGBTQ Texans to wonder if it’s open season for discrimination:

Get the answers you need from the experts. Join us in Dallas on July 16th, Waco on July 17th, San Antonio on July 18th, and Houston on July 19th.