Special Session 3 Week 1 Wrap-up: A relief from the heat, no relief for our kids.

Exactly on cue this year, the season changed. The Texas legislature, however…

The assault on children’s privacy, dignity, and humanity continues in the third-called special session. SB 3, the same anti-trans sports ban we’ve fought each session this year, has passed through the Texas Senate.

Equality Texas has fought alongside community activists and partner organizations against this hateful legislation in FOUR sessions this year, and we will continue to try to hold the line for as long as the Governor prioritizes this baseless attack on trans kids. We still have plenty of hope, but need to replenish our resources — will you donate to the Special Session Fund today?

Although we’ve fought back legislation so far this year, the continued bullying of trans children by Texas’ elected officials has led to a marked increase in incidents of bullying of trans and LGB students in schools across Texas. Wednesday, MacArthur High School students in Irving protested the removal of “safe space” stickers by walking out of school. At the direction of the school district, teachers were instructed to remove any visible items indicating that they are supportive of their LGBTQ+ students. Also this week, a brave student from Onalaska approached Equality Texas about their school district’s humiliating and discriminatory treatment of male-identified students who wear makeup and nail polish, even though the dress code makes no mention of it. This incredible student organized a petition signed by over half of the student body to stop any further punishment for the administration’s outdated  understanding of “appropriate dress”.

These stories are becoming more common. And while we applaud leadership of these courageous students, this should not be their reality. Equality Texas will continue  to respond to these situations of bullying and harassment by helping to mobilize local communities to create change and fighting anti-LGBTQ+ legislation at the Texas Capitol.

On Monday, the first day of the third special session, Equality Texas organized a unique and powerful protest outside the House Chamber in collaboration with TENT, HRC, ACLU of Texas, Lambda Legal, and TFN. Nearly 100 activists demonstrated by holding signs of individual anti-LGBTQ+ bill numbers from the multiple sessions this year. 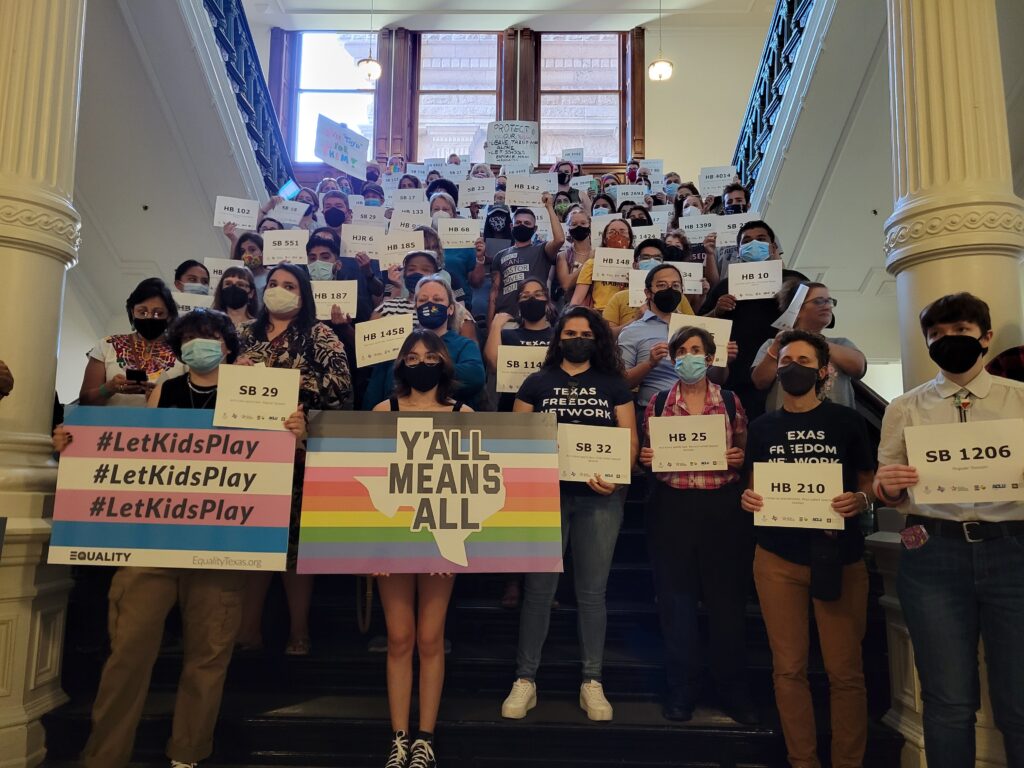 Over 75 anti-LGBTQ+ bills have been filed by the Texas Legislature in 2021. Community activists displayed each bill number in a demonstration outside of the House Chamber on the first day of the third special legislative session.

During Monday’s demonstration, we were alerted that SB 3 would be heard by the Senate the next day. Equality Texas and partner organizations once again gathered activists on Tuesday outside of the Senate Chamber to boycott the hearing and advocate instead by having 89 witnesses register in opposition to SB 3 and make our voices heard all the way inside the Senate Chamber from the halls. 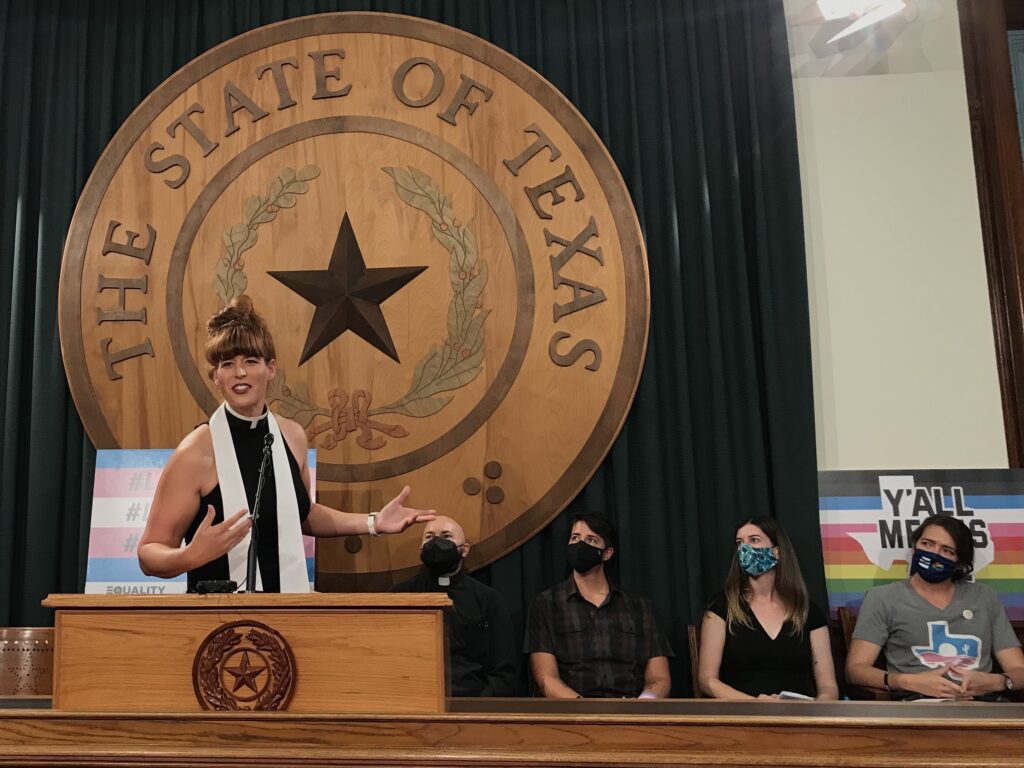 Equality Texas held a press conference on Monday, gathering parents, athletes, and transgender Texans to share their stories about how SB 3 and legislation like it does and would impact their lives.

Equality Texas’ lobbying work is fundamental to holding the line against continued attacks on trans kids at the Texas Capitol. Although we budgeted for the possibility of a special session in 2021, we couldn’t have imagined a second and third. As you begin to plan for the upcoming giving season, please consider also supporting our Special Session Fund, which enables us to continue to rally, protest, and educate lawmakers that trans rights are human rights.

Thanks for your continued support and advocacy. Happy Fall, y’all.