The fight is not over! 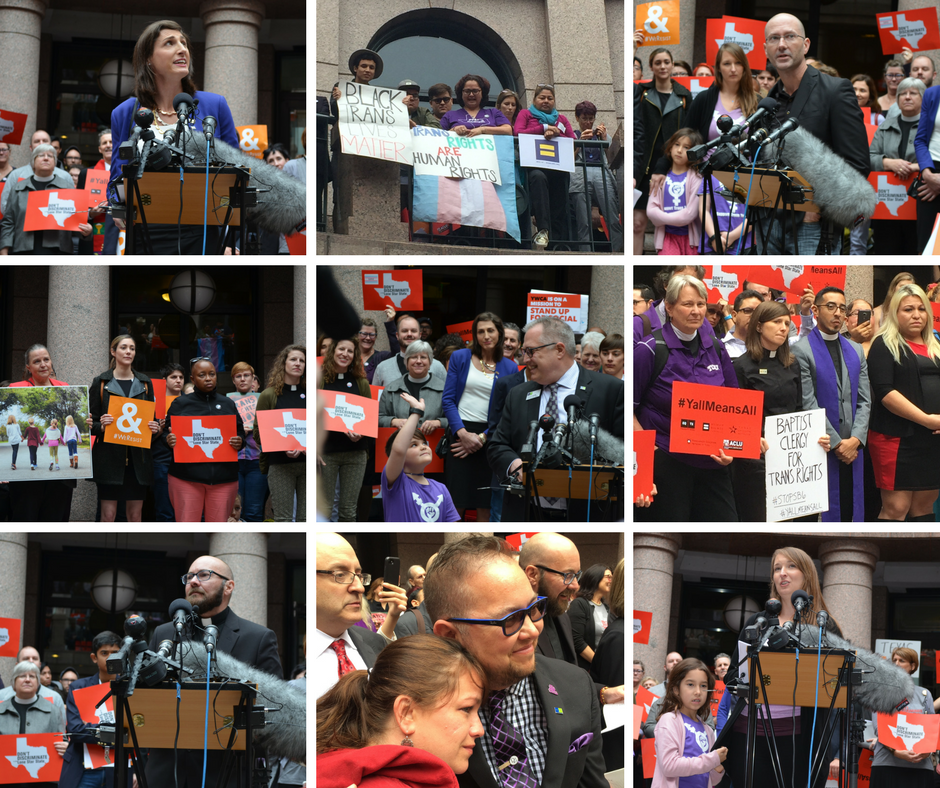 We want to thank everyone who attended the SB 6 hearing for their bravery and love all day Tuesday and into the early morning hours of today. Yes, it is true that SB 6, also known as the “bathroom bill”, was passed out of the Senate State Affairs Committee on a  7-1 vote. It is likely that SB 6 will make it to the Senate floor sometime next week, where it will be voted on by the full Senate. We will give you advance notice of the floor debate so you can watch online or in the Senate gallery.

The Equality Texas team is working night and day along side our allies to slow down the advancement of this discriminatory bill.  Every day matters to the longer-term strategy of preventing SB 6 from ever becoming law.

Our team was at the Capitol throughout the entire committee hearing process, making sure your voices were heard loud and clear, and they were. Hundreds of you showed up! You sent a clear message that transgender Texans are real people and they matter. Your message will be heard by other members of the Senate and by members of the Texas House of Representatives.

Do not be discouraged by the actions of the Texas Senate. This fight is not over!

Send a message to your State Senator right now and tell them that transgender Texans are real and they matter. Tell them to vote “NO” on SB6.

With thanks and appreciation from the Equality Texas team,