The gay/trans panic defense is a legal strategy which seeks to use a victim’s identity to justify violent actions against them. These defenses inherently imply that violence against the LGBTQ+ community is acceptable under certain conditions and can be excused. They should be explicitly prohibited.

Gay/trans panic defenses function by using what they name as “gay or transgender panic” as a “reason to claim insanity or diminished capacity.” The defense alleges that the perpetrator did not know that the victim was LGBTQ, and upon the reveal, is so overcome by “gay/trans” panic that they were not in control of their actions when they assaulted the victim and therefore should receive a lesser sentence. This defense was debunked by the American Psychiatric Association in 1973.

Criminal defendants should not be allowed to appeal to prejudice in an attempt to shift blame to their victims. Neither should the identity of the victim ever justify committing a violent crime.

Texas has the second highest number of transgender murders in the country.

In 2020, 18 transgender individuals were murdered in Texas, second only to the state of Florida, which saw 20 murders. Any policies that implicitly condone violence against the LGBTQ+ community or devalue the lives of LGBTQ+ individuals only further fosters an environment of violence.

Rhetoric matters, and as Texans should be doing everything we can to improve safety for our fellow Texans, including transgender Texans and the rest of the LGBTQ+ community.

Eleven states around the country have prohibited the use of legal defenses claiming the victim’s sexual orientation and/or gender identity contributed to the defendant’s actions. 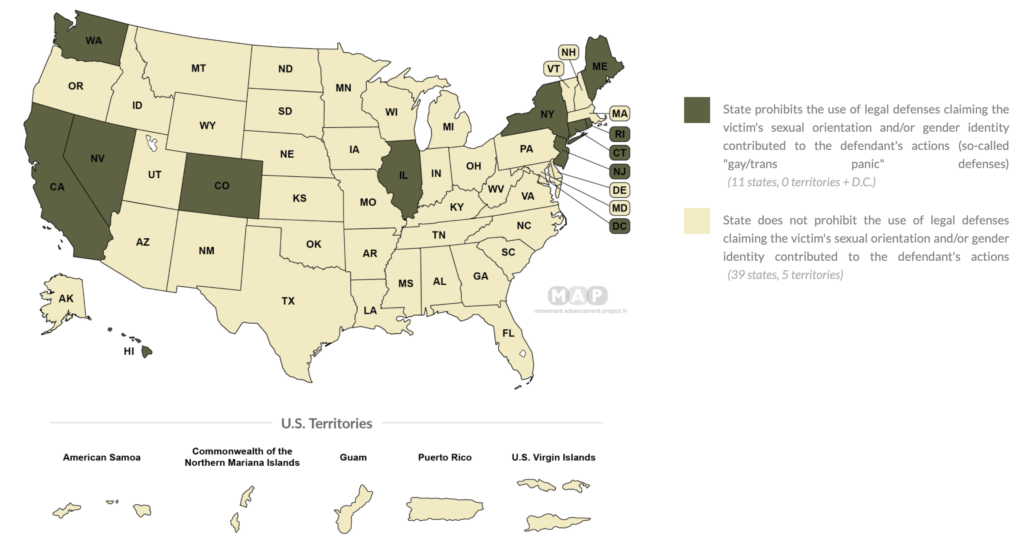