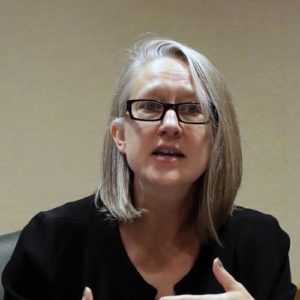 Until recently, she served as the Legal & Policy Director of the ACLU of Texas, where she led a diverse team of advocacy professionals—including lawyers, policy strategists, and community organizers—in developing innovative programs for advancing civil liberties in an often-hostile environment.  Robertson also represented ACLU clients in impact litigation on a range of civil liberties issues, including abortion rights, voting rights, LGBTQ equality, religious liberty, immigrant rights, and fair justice.

“Robertson has been fighting on the frontlines and achieving significant results for equality her entire career. We are thrilled Robertson is joining the team at Equality Texas to lead our legal, policy and advocacy efforts in the fight for LGBTQ equality in Texas,” said Chuck Smith, CEO of Equality Texas.  “Rebecca is a brilliant legal mind who will elevate our organization and arm us for battle in our fight for equal treatment under the law for every single Texan.”

Before joining the ACLU, Robertson was a litigation partner at Baker Botts, L.L.P.  As a founding member of that firm’s pro bono committee, she led the team representing amici curiae in the U.S. Supreme Court in the landmark case Lawrence v. Texas, the successful constitutional challenge of the Texas sodomy statute.

“I have been working for LGBTQ equality since I graduated from law school, beginning with setting up pro bono wills clinics during the scourge of the AIDS crisis in the 1990s, to defending the rights of our community during the 2017 Texas Legislative Session. I am so excited to have the chance to do that work full time with Chuck and the terrific team at Equality Texas,” said Rebecca Robertson, Chief Programs Officer of Equality Texas.