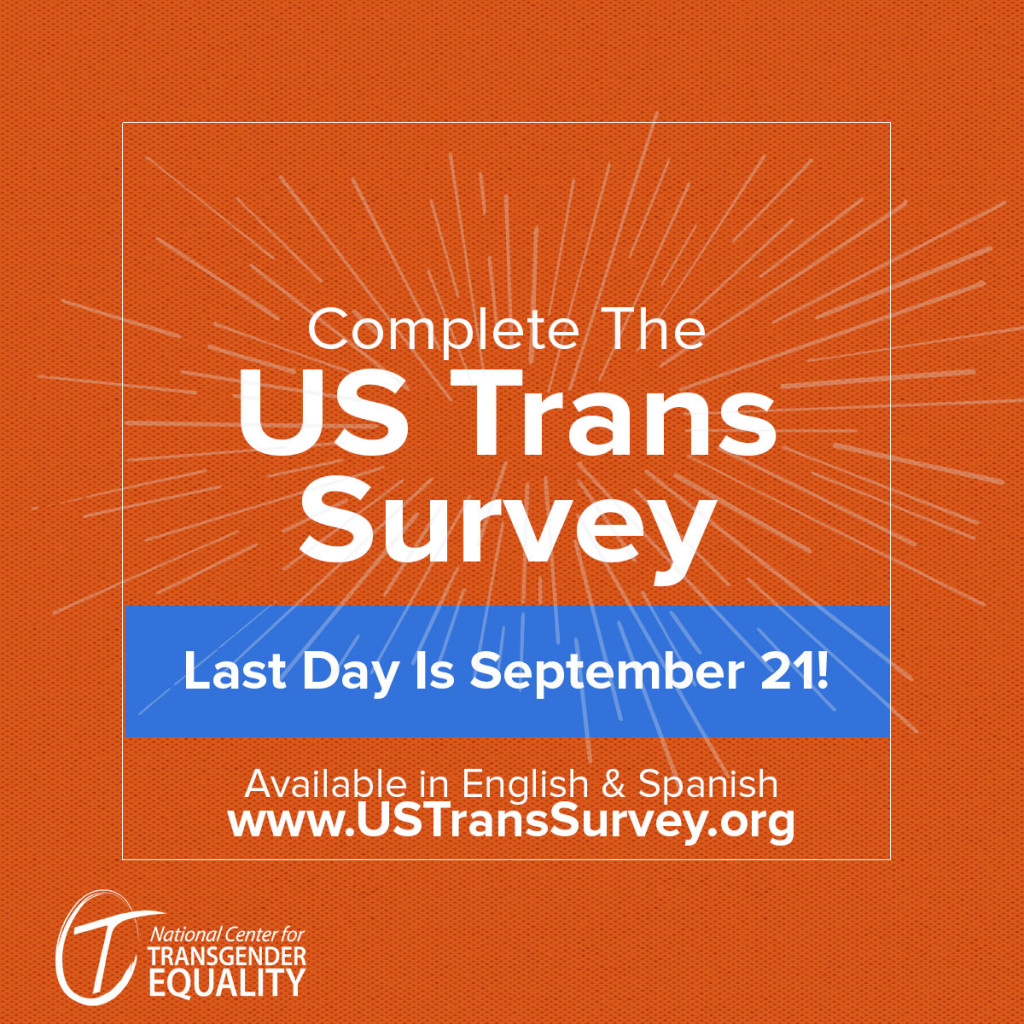 Almost everything we know about trans experiences in the United States comes from one place: the 2011 report of the National Transgender Discrimination Survey (NTDS). A lot has changed since that study was released. The study has a new name — the 2015 U.S. Trans Survey — and there are only four days left to take the survey.

Over 6,400 people took the 2011 National Transgender Discrimination Survey (NTDS), and this survey has become the go-to resource for helping the public understand trans people. This time around, the survey aims to double the number of people who take the survey.

Equality Texas has been working with communities across the state hosting survey taking parties to help as many people as possible take the 2015 U.S. Trans Survey.

“Today more than ever, when stories about our trans community are experiencing disproportionate acts of violence, that we work together in community to update these numbers. This survey is largest ever undertaken on trans lives in America. It will show us what has changed since the last report, and tell us how we can better meet the needs of trans people in the United Stated.” – Lou Weaver, Trans Community Organizer for Equality Texas

This survey is available in English or Spanish for people who:

The survey closes for participants at midnight on September 21st, 2015.