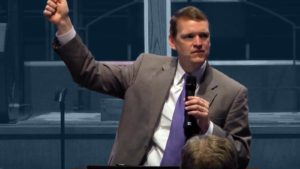 Austin, Texas – December 13, 2017– Equality Texas, the largest statewide organization solely dedicated to securing full equality for LGBTQ Texans, today calls upon Senators John Cornyn and Ted Cruz to withdraw their support of the nomination of anti-LGBTQ extremist Jeff Mateer as a Federal Judge.  Mateer has referred to transgender children as “evidence of Satan’s plan”.  He asserted that marriage equality would lead to bestiality and other “disgusting” forms of wedlock, and has complained about states which have banned medically-unsupportable and psychologically damaging “conversion therapy.”

We applaud the actions of the Republican Chairman of the Senate Judiciary Committee,  Senator Chuck Grassley, who on Tuesday called on President Trump to withdraw the nomination, and Louisiana Republican Senator John Kennedy who on Tuesday said the President was poorly advised in nominating Mateer.  We salute the action of U.S. Representative Beto O’Rourke, who on Tuesday evening called for the withdrawal of the nomination, saying Mateer “has no place passing judgment on anyone in any courtroom in this country.”

Texas Senators Cornyn and Cruz recommended Mateer for the bench.  Tuesday Senator Cornyn had no comment on the issue, although he has previously called for the White House to weigh in.

“Apparently no amount of anti-LGBTQ hatred is enough for Senator Ted Cruz”, said Steve Rudner, the Chair of the Equality Texas Board of Directors. Cruz said that Mateer’s statements would “not shake his support” for Mateer’s nomination. “We demand that Senators Cornyn and Cruz immediately urge the President to withdraw the nomination of Mateer, who would serve in a lifetime appointment as a federal judge, because his repulsive anti-LGBTQ positions make him unqualified to rule on any matters of civil or constitutional rights”, said Rudner.