It’s been a marathon the last few weeks for LGBTQ+ advocates at the Texas legislature. With over 30 anti-LGBTQ+ bills filed, it’s hard to keep up with where all the bills are with some bills moving, others likely stalled out, and still more that we’re keeping an eye on just in case. In this week’s update we’ll give you a snapshot of where things stand with 38 days left until the end of the session.

But before that, a short wrap-up of the last week: Last Tuesday, the House Public Education committee heard HB 4042 (Hefner), a companion to SB 29 (Perry) which would categorically ban transgender youth access to sports. Opponents of the bill greatly outnumbered those for it, with parents and youth sharing incredibly powerful stories about what it’s like to be a transgender Texan in school today. A heartfelt thank you to everyone who came out.

Yesterday the House approved the budget in a 12-hour long floor session. Six anti-LGBTQ+ amendments were pre-filed, including one by Representative Slaton that would recreate the bathroom bill of 2017 and prohibit any school employees or teachers from affirming transgender children. All six amendments to the budget were defeated. This is Representative Slaton’s fifth attempt at adding an anti-transgender amendment to a bill this session.

As of the writing of this email, no new hearings have been announced for next week which is a well-deserved break for all of our tireless advocates.

At the beginning of session there were over 30 anti-LGBTQ+ bills filed including six bills banning best-practice life-saving medical care for trans youth, six bills banning trans youth from participation in sports, seven bills that would endanger local nondiscrimination ordinances, seven bills that use religion as a license to discriminate, and eight uncategorized one-off attacks.

Eleven of those bills have moved, including three healthcare bans, three sports bans, one bill that would endanger local nondiscrimination ordinances, two bills that use religion as a license to discriminate, and one other attack. The most pressing bills are the ones in the House Calendars committee, including HB 1399 (Krause), banning life-saving care for transgender youth.

Call the House Calendars committee today and ask them not to schedule HB 1399 (Krause) for floor debate.

We’re approaching key deadlines in the legislative session that will give us a clearer picture of what’s dead and what’s still moving. The last day House committees can vote on House bills is May 10, so the House only has two more weeks to hold a hearing if they want a bill to have a chance of moving forward. Three days later, on May 13, is the deadline for the House to pass any bills originating there. Basically, if a bill with the prefix HB doesn’t get voted out of the Chamber by May 13th then it’s dead. 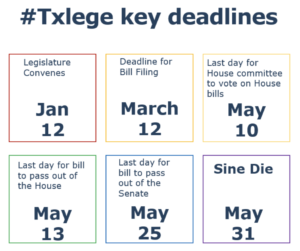 Of course any dead bill can be revived as an amendment and it’s not over until the official end of session on May 31st (Sine Die). We’ll keep you updated on every movement and how you can stand with us to defeat all 30 of the anti-LGBTQ+ bills this session

Until then, thank you for all that you’ve done, whether it’s a phone call, a sign-on to a pledge, showing up in person, or donating, every bit helps and we’re in this fight together. This work is hard, but our community is strong. Thank you.

Bills that have moved:

Bills that have moved:

Bills using religion as a license to discriminate

A few helpful definitions to help decode the bill movement: