Reflections on the 20th Anniversary of Transgender Day of Remembrance 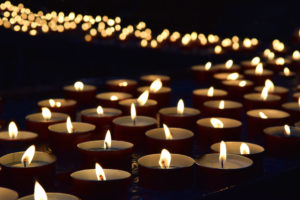 Twenty years ago transgender activist Gwendolyn Ann Smith organized an event to memorialize the unsolved murder of Rita Hester, a transgender woman from Allston, Massachusetts. This event has become an annual observance to remember the names of transgender and nonbinary people we have lost. Since November 21, 2017, more than 300 transgender and non-binary people have been lost to violence across the globe. That is over 300 names that will be read over and over again during remembrance events around the country. Over 300 stories being told.

I am not heartbroken. I am angry. Janet Mock speaks of the trans women of color caught at the intersection of racism, classism, and sexism. Where do we start the education against all of the “isms”? We are past due.

I am a transgender person who presents as both male and white. What can I do to resist the “isms”? It is not enough to show up and be present at the reading of the names of people whose lives were cut short. How do I resist a culture that creates so many barriers for transgender people? Am I doing enough to break down barriers created by those “isms”?

Each act of resistance matters. Each seed we plant counts. What will yours be?