When I came out as a transgender man in Houston almost ten years ago, I could find only three doctors who would provide hormone replacement therapy for my community. I knew a medical transition was something that I wanted and needed to do for myself, but I had very limited options on where to seek transition care. At the time I blamed bias and hate towards the transgender community.  I eventually learned that lack of education creates huge obstacles.

Five years ago, I began speaking at medical schools. I am not a medical expert, but it is important for future providers to hear from the people they will be taking care of. I learned that my talks are frequently the sum total of information medical school students receive on transgender care. According to the Journal of American Medicine, medical students receive a median five hours of instruction  on LGBTQ-specific health issues, barely enough to cover the difference between gender identity and sexual orientation, much less to talk about medical transition needs such as hormones or surgeries.

It’s no wonder that transgender people have such difficulty accessing the care they need.  One study reports that 30% had at least one bad healthcare experience in the last year.

That’s why I was thrilled when John Oeffinger of the Texas Health Institute reached out to me about creating an e-learning series about transgender people for healthcare providers. I had no idea what it would become, but I leapt at the chance to work on a project aimed at reducing barriers to care for the transgender community.

I am now the co-director of TransFORWARD, a joint project of Texas Health Institute and Equality Texas Foundation.  We have just launched our first online e-learning module with Tulane University’s School of Public Health. This knowledge resource is designed for healthcare providers, but it is free to everyone. There are five more courses to come in our Transgender Health and Public Health series, including modules on hormones and surgeries. We are fortunate to have some of the most forward thinkers in the trans community working with us on these resources. I am so proud of the work that has gone into TransFORWARD and grateful for the help of so many trans and nonbinary people in bringing it to fruition.

You can check out Transgender Health 101: A Foundation Course on Transgender People and Public Health here. 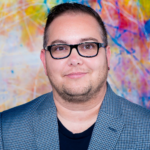 Lou Weaver is the Transgender Programs Coordinator for Equality Texas.