#TransTuesday: Late Nights at the Capitol 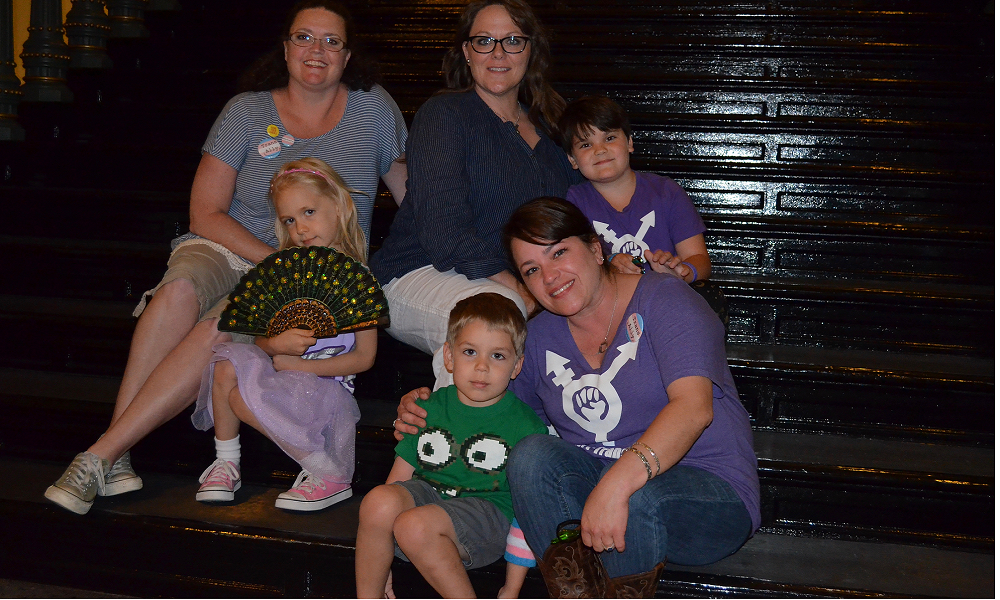 On a Sunday night mid-May, a night when most parents would be home finishing up homework and getting kids ready for one of their final weeks of school, mama bears from across the state went to the Texas Capitol to defend their transgender children. Once again, elected officials were taking up anti-transgender bills and amendments. In the House, state representatives were working to attach an amendment to a bill focused on emergency preparedness plans for schools. Their amendment focused on access to public restrooms, an issue germane to the actual bill language. While the author of the bill said it wasn’t discriminatory Representative Rafael Anchia said: “we need to call this what it is discrimination.”

Transgender folks and the parents of transgender youth sat together listening as the statistics were read about what it is like to be transgender in America. The startling statistics meant nothing to those that were attempting to get this discriminatory amendment attached to the bill. The elected officials listened to stories about parents saying “I would rather support my son who’s alive; than mourn a dead daughter” and shared stories of transgender youth resorting to self-harm. In the end, they voted overwhelmingly to pass this discriminatory amendment.

One mom upon learning that it was going to pass started crying and asked: “what is this gonna mean for my daughter, is my daughter gonna be up to go back to school?” Another mom who’d been with her friend for hours sat stunned in disbelief. She felt angry, sad, and dismissed by lawmakers in Texas.

A transgender woman that I sat next to was shocked by the lies being told about the transgender community. When she heard one of the representatives speak the name of those that have lost their lives to anti-transgender violence this year, she put her in hand over her mouth in disbelief and listened. Anchia went on to look around the gallery. He said, “to all of you transgender folks watching and listening, you are affirmed.” I have to admit, at that moment something got stuck in my eye. I met this man recently on a plane, we follow each other on Twitter, and he is telling my community and me “you are affirmed.” So many feels.

So many elected officials are doing nothing to make it easier for transgender youth and adults alike to navigate society. In fact, they are trying to make it harder for our students to go to school, to thrive, and to get an education. By telling transgender Texans they’re separate but not equal, they are telling us we do not deserve to be visible. The youngest most vulnerable in our community deserve so much more.

As a transgender man sitting there amongst all of these friends, these family members, all in support of their transgender youth, I am overwhelmed with a sense of pride. I know that the resistance will continue and we will not stop battling the elected officials who insist upon painting transgender folks in a bad light. These mama bears are helping their kids survive, and hopefully making sure that they will be our next leaders. Please call your elected officials now, please call the governor and tell him you are opposed to the anti-trans legislation.