Published by TribTalk on December 5, 2017

The United States Supreme Court is hearing oral arguments in a landmark civil rights case that will determine whether businesses can discriminate against lesbian, gay, bisexual, transgender and queer citizens because of who they are.

The case — Masterpiece Cakeshop v. Colorado Civil Rights Commission — isn’t about cakes; rather, it is an attempt to dismantle our nation’s nondiscrimination laws. The discrimination unleashed if the bakery wins this case would be staggering. The license to discriminate sought by the bakery could allow any kind of business that claims to use an element of creativity — for example, a restaurant, a hair salon, a school counselor or a tailor — to tell anyone, not just same-sex couples, that “We don’t serve your kind here.”

Every citizen of our country should be treated equally under the law. We are hopeful the U.S. Supreme Court will settle this issue once and for all.

We have seen powerful majorities in society abuse those in the minority. Women in the workplace, who have put up with sexual harassment for decades; immigrants rounded up and families torn apart; Muslim Americans targeted with hate; and LGBTQ Texans, who during this year’s regular and special legislative sessions were the target of dozens of bills seeking to codify discrimination into law.

Equality Texas fought on the front lines to stop discriminatory bills in Texas and we are hopeful the U.S. Supreme Court will ensure protection for the rights of every Texan and every American.

As a nation, we decided more than 50 years ago that businesses that are open to the public should be open to everyone on the same terms. Protecting everyone from discrimination is part of our country’s promise of equal treatment under the law. Laws like the one in the Masterpiece case ensure that people can go about their lives without worrying whether they will be turned away from a store because of who they are.

Our laws against discrimination apply to businesses that sell their goods to the public. Granting a business like Masterpiece Cakeshop a right to turn away customers would create a sweeping license to discriminate, with far-reaching and damaging consequences.

Requiring businesses to follow laws against discrimination does not violate constitutional protections for speech and religion. Freedom of religion is one of our most fundamental rights as Americans. But it does not give any of us the right to harm others, to impose our beliefs on them or to discriminate. Providing commercial services doesn’t mean a business is endorsing anyone’s marriage, or agreeing with everything a customer believes. It simply means it is providing services to the public, and that it is open to everyone on the same terms. 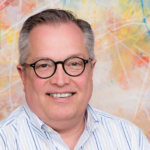