Since Dan Patrick can’t get the support he needs to pass a “bathroom bill” outright, now he’s trying to ram through his discriminatory agenda by tacking anti-transgender amendments on to other pieces of legislation.

That means, if an anti-transgender “bathroom bill” passes on the Senate floor today, like we’re hearing, our last chance to stop this bill is in the House of Representatives—and we only have three days to do it.

Rush a $10 donation now to make sure the last three days of special session are our strongest yet in the campaign to defeat any and ALL discriminatory “bathroom bills” the Senate rams through to the House. 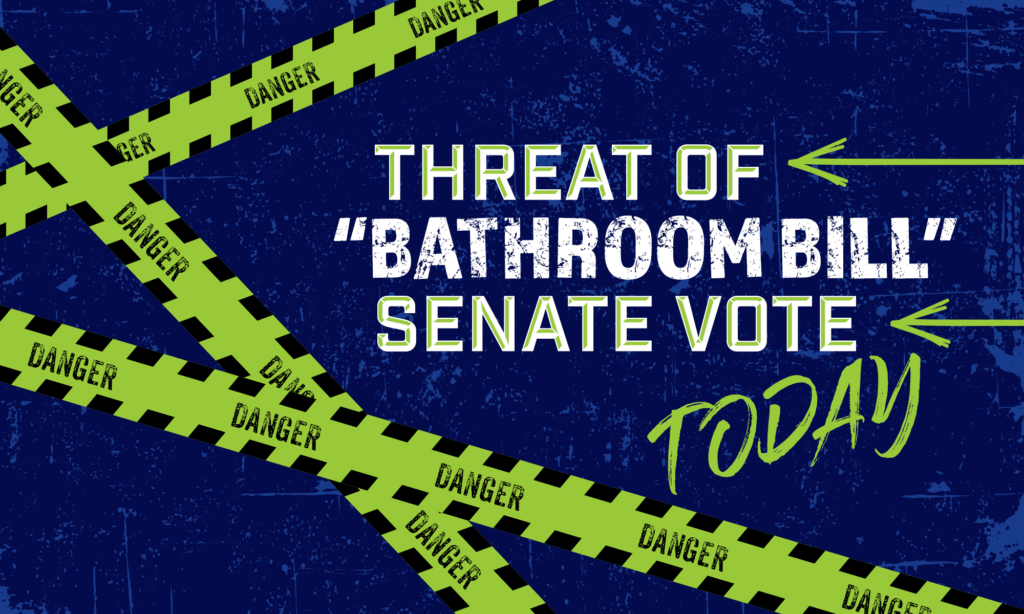 Right now, we don’t know the scope of the anti-transgender “bathroom bill” amendment that the Senate plans to pass today.

What we do know is if we can keep the phones ringing off the hook, and emails flooding into our representatives’ inboxes around the clock from now until they gavel out on Wednesday night—we can still beat this thing.

The fact is: A majority of Texans and Texas business owners reject discriminatory “bathroom bills.” But Dan Patrick will clearly stop at nothing to advance his discriminatory agenda. And the second we stop speaking out is the moment he will seize to say our movement was nothing but smoke and mirrors.

We’ve come too far to lose this now. We have to keep the public outcry to anti-transgender “bathroom bills” loud and strong. That means, every hour that lawmakers are at work trying to pass shady “bathroom bill” amendments we HAVE to be generating phone calls and emails to the Capitol.

And to do that, we have to raise funds—fast. Rush a $10 donation before midnight tonight to keep our phone program going full speed and keep pressure on the House to reject Dan Patrick’s anti-transgender agenda. All donations will be doubled.

Remember what’s on the line: The safety and well-being of transgender Texans and their families. We do this for them.