With violence increasingly being aimed at the transgender community, it is imperative that our police forces are aware that transgender citizens are one of the citizen groups that they protect and serve.  It’s also imperative that police departments do so in a culturally competent manner.

Far too often that is not the case.  A December 2017 incident in the wake of the Brandi Sims murder angered the Houston transgender community and illustrated the need for transgender competency training to happen within the Houston Police Department.

The HPD detective working the case not only misgendered Brandi during a local newscast, he suggested during that interview she may have been “working the streets.”  HPD Chief Art Acevedo apologized at the City Hall vigil held for Seals a few days later and promised they would do better.

The goal of the training is to ensure that all transgender Houstonians would be taken seriously when interacting with HPD officers and while doing so be treated with respect and sensitivity.

In 2017 there were 24 homicides committed against transgender people in the United States.  Four of those homicides happened in Texas (San Antonio, Waxahachie, Corpus Christi and Houston).  Chief Acevedo acknowledged that far too often LGBTQ hate crimes go unreported in large part because LGBTQ citizens are unsure they will be protected by law enforcement and treated with respect.

The other factors in getting those homicides and crimes solved quickly is respectfully acknowledging the victim’s transgender identity and working in close cooperation with the LGBTQ community to bring the perpetrator of the crime to justice.

Equality Texas and the Montrose Center will jointly be, along with HPD and city of Houston officials, conducting the transgender competency training once the logistics are worked out in terms of how frequently the training of HPD officers will occur.

Weaver called the new training program “a huge win” for the transgender community.  “Transgender people are going to know that they are seen and respected by the Houston Police Department,” he said in a Houston Chronicle interview.

Thanks to this new transgender competency training that will soon be happening for its officers, HPD is on its way to making that happen.

You can watch a portion of the April 11th press conference here: https://www.youtube.com/watch?v=ASUurzu4m78 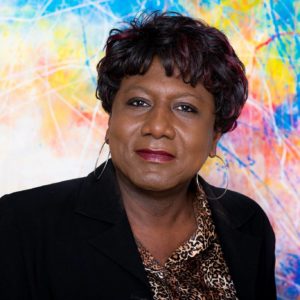 Monica Roberts, AKA the TransGriot (Gree-oh) is a native Houstonian, GLAAD award nominated blogger, writer, and award winning trans human rights advocate. She’s the founding editor of TransGriot, and her writing has appeared at the Bilerico Project, Ebony.com, The Huffington Post and the Advocate. She works to foster understanding and acceptance of trans people inside and outside communities of color and was recently honored with the Virginia Prince Transgender Pioneer Award.