Get off the couch

There are less than 75 days until Election Day! It has never been more important for you to show up to the polls and vote in the November General Election in Texas.

Donald Trump has been systematically rolling back the rights of LGBTQ Americans, and to make things worse, Justice Anthony Kennedy, the Supreme Court Justice who has had the greatest impact on equality for LGBTQ Texans and Americans, is retiring.  He was the swing vote on the U.S. Supreme Court on all major decisions involving LGBTQ Americans.

Friends, we are at risk and you must get involved now.

Here in Texas, Lt. Governor Dan Patrick and Attorney General Ken Paxton have consistently targeted LGBTQ Texans with discriminatory legislation and decisions that harm the LGBTQ community.  In these troubling times, you have a chance to make a difference and helps us forge a future where LGBTQ Texans can live authentic lives free from discrimination in the state we love. 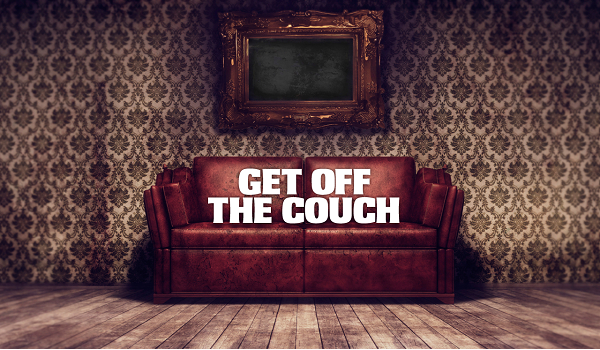 As the CEO of the largest LGBTQ equality organization in the state, I am urging you to act now.  We can no longer sit on the couch, be apathetic and say “my vote won’t make a difference”.  Your vote could make a huge difference, and we have an opportunity to usher in a new era with new leadership in our state.  We have a record number of LGBTQ political candidates and pro-equality candidates running for office.Volunteer for their campaigns, volunteer with Equality Texas, donate to Equality Texas to help provide the resources we need to fight and win.

You may not know this, but only a small percentage of Texans are voting and determining the fate of our state. With the exception of Hawaii, no other state had a lower turnout rate of its voter eligible population in 2016 than Texas.  This means we are letting a tiny fraction – 10% of the population – determine the direction for our state.

When Texans don’t vote, we end up with people like Dan Patrick and Ken Paxton in office. Paxton was elected in a Republican primary with less than 600,000 votes and 2.7 million votes in the general election.  We are a state of over 15.2 million registered voters. By voting, you can help us elect the kind of leadership we need.  We know a majority of Texans oppose discrimination of any kind, and we expect and demand that all citizens of Texas be treated equally.

The last day to register to vote, or update your registration if you’ve moved, to vote in the November General Election is Tuesday, October 9, 2018.

The General Election is November 6th.

Make sure you vote early and support those who support Equality for All. Let’s keep working together to make sure Texans who support equality go to the polls and vote.  There has never been a more important election.