GUEST POST: Why Black Lives Should Matter to You

I crossed the Edmund Pettus Bridge on March 8, 2015, in Selma, Alabama in honor of the 50th Anniversary of Bloody Sunday, a day where nearly six hundred peaceful marchers were brutally attacked by law enforcement as they attempted to cross the same bridge in 1965 en route to Montgomery, Alabama to protest black voter suppression. These marchers, black, white, old, and young, were attempting to tell the government and the world that Black Lives Matter.

On July 30, 2015, I attended and offered testimony before the Texas House Committee on County Affairs chaired by Representative Garnet Coleman.  The committee chose to convene in the wake of the Sandra Bland arrest and death.  Sandra Bland was a 28-year old, college-educated, black woman, who was found dead in her jail cell three days after being pulled over for not signaling when changing lanes. The incident occurred on July 10, 2015 in Waller County, Texas.  The local investigators ruled her death a suicide, but too many details about Ms. Bland and her circumstances were revealed that called into question that ruling.

Before speaking, I listened to black people and white people standing in solidarity, who came from various parts of Texas to testify in Austin and make sure elected officials could hear the cry of a community demanding answers not only about Sandra Bland, but the institutionalized racism that permeates the American social fabric.  From unarmed black men, women, and children losing their lives to police brutality, to the disproportionate amount of black people incarcerated for petty crimes, to the lack of proportional representation of black people in government, film, and executive leadership, the black community is exhausted.

Fifty years later, this community is still trying to convince the government and the world that Black Lives Matter.

When it was my turn to speak, I gave recommendations on what I believed would help reduce racial bias when it comes to relations between the police and the community, which involves a task force formed with the end goal of creating tools that provide education and training to officers. Thankfully, the committee did not impose time limits so I was able to talk about the existence of racial bias in various systems including education.  I told the story of my younger brother who was larger than many of his teachers when he was in middle school, and because of this, the school wanted permission to put him in some wrestling hold when he “got out of control.”

I was able to address the notion that, unfortunately, one of the committee members alluded, which is we have to move past race.  I explained that I could never get past being black, because there are consequences that occur because of it, and bias is one of them.  In short, I addressed the committee to say that Black Lives Matter, because there is a strong outcry from a community that feels they do not matter.

You can change it.

Decide if you believe that Black Lives Matter. If you do, acknowledge it. Call your city, county, and state representatives, and let them know that Black Lives Matter to you and you support legislation that seeks to reduce racism in America. There is an outcry from a community that, while progress has been made, is still feeling the effect of racism in this county.

You can also stand in solidarity with the #BlackLivesMatter movement and take some type of action to undo racism in this country.   There were not only black people on the Edmund Pettus Bridge in 1965.  Further, everyone who took action to ensure black people had the right to vote did not stand on that bridge.  You can begin reading about the history of racism in America and how it has changed over time, and use this knowledge to educate people in your network.  Of course, it is scary to take a risk, but this small step will change minds, which in turn can save lives.

Action creates a change.  Eventually, those peaceful marchers were able to cross the bridge and let the government and the world know that Black Lives Matter.  I and many people took an action to undo racism on July 30 by talking to our elected officials about Sandra Bland and racism in America.

What action will you take? 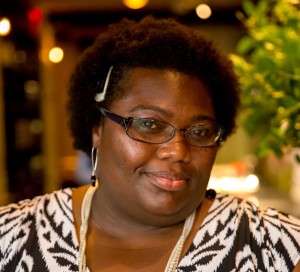 Fran Watson is a Houston attorney by day and a community activist and organizer by night.  She has a passion for equality and ensuring that people are treated fairly and with dignity and respect.