Jenna Hammond is 18 years old and a 2016 graduate of the Pearland Independent School District. After hearing what Pearland ISD superintendent John Kelly said about little Kai Shappley, the transgender daughter of Kimberly Shappley, Jenna emailed the following letter below to the entire school board. 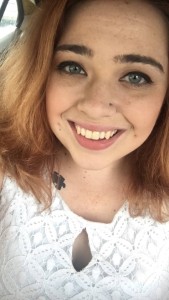 I attended Pearland ISD schools for most of my life and I have always felt and displayed pride in the resources and opportunities I was able to receive throughout my education. I graduated from Dawson High School this year, and I had hoped to leave Pearland with that pride and fondness intact.

However, your words and actions as superintendent, a representative of the district as a whole, have single-handedly shattered that perception. I am frankly shocked and appalled by your response to Kai Shappley, a fellow student in PISD, simply wishing to use the correct bathroom for her identity. The fact that the district that raised me could display such callous bigotry to a child is…upsetting, to say the very least. It genuinely hurts me to even think about it, this hateful precedent that you have set.

I was proud of the fact that I graduated from a school that gave me truly life-changing lessons and unique opportunities, with no consideration of the fact that I was openly gay. I think many of Dawson’s LGBT+ students would say the same. I believed that this district was solely invested in the success and happiness of me and my fellow students, that there was a conscious effort to put aside political and religious differences in order to focus purely on the betterment and education of our youth. I wish I could still allow myself to believe this. But you, with a single declaration, have irreparably damaged this perception.

You may want to write me off immediately because of my admission that I am a lesbian. I would hope that you at least respect and care about your constituents and students enough to listen to my words, regardless of your personal religious beliefs about my “lifestyle.” Honestly, I am not writing you to climb on my soapbox and try to force you to embrace my beliefs.   I am writing you with the hope that you will listen and understand, empathize with the students whose lives you have a great impact upon.

I recognize and understand that you are an adult and my senior, so I will not try to combat your personal beliefs, which you are clearly devoted to.  If we were to argue about bible verses and the relevance of religion, it would only be a rehashing of a debate that has been had a million times, and it would only leave us both exasperated, with neither side having budged and no solution found. I respect that your beliefs are your own, and you have a right to have them, regardless of whether or not I agree. So again, I ask: please listen to what I have to say.

I would like to begin by stating a simple fact: Kai Shappley is a child. First and foremost, above all else, she is a child. It is your duty as superintendent to do what is best for the children in this district. Your statement on transgenderism in May is callous at best, and the clear hatred lingering behind your words accomplishes the exact opposite of what you are meant to accomplish. In this statement, you compared the presence of transgender people in public restrooms to pedophilia and polygamy. I ask that you take a moment to consider these words once more. You have compared Kai’s very existence to abuse and sexual deviancy committed by malicious adults. This is a child, only 5 years old.

Because you work for the district, I assume that you are invested in the wellbeing of the children attending Pearland’s schools. Aside from her gender, Kai is still a young, impressionable child; just like her peers, she wants to play around, watch cartoons, and learn about the world. Think of her not as a trans person, but as a person. Would you call any other child a deviant on the level of child molesters? You are telling this girl from a young age that she wrong simply for existing, that she does not deserve to feel comfortable in the environments that are meant to nurture her as she grows.  I know it is difficult to put yourself in the shoes of someone you are obviously prone to hating anyway, but I ask that you try, for the sake of a child under your care.

I know that this next statement is likely going to fall on deaf ears, but honestly, I find your usage of your religion in your argument wildly inappropriate.  Your religious beliefs are yours and yours alone, no matter how strong your faith is.  It is clear that you are quite passionate in your stalwart devotion to those beliefs.  Again, I realize that I cannot change this.  I cannot force you to stop your abhorrence of the identities and lifestyles of people such as me and Kai.  However, at the end of the day, these personal religious beliefs are not intended to be used to govern the citizens of the U.S., including Texas, including P.I.S.D. Religious freedom is something I learned in these very same schools, and I believe that applies to this situation.  Even if you maintain the belief that we are a Christian nation, based in biblical law, that is still a highly subjective concept.  Every person’s idea of Christianity is unique; how can you decide that yours is the correct one that every person should be compelled to follow?  You may argue that our basis of government is biblical, but is it not based on the concept of freedom as well?  Free practice of religion is a constitutional right; how is forcing your personal religious beliefs on others not a violation of that right? You stated that the government allowing transgender people into the restroom for the gender they identify with is “unconstitutional interference,” but is it not unconstitutional interference to interfere with the lives of others based on your religion, effectively stripping away their right to follow their own beliefs.

The fact is you are dealing with children here.  Kai Shappley is not a pedophile entering the restroom to prey upon her peers.  Kai Shappley is not holding the other children down and forcing them to abandon their religion.  Kai Shappley is trying to use the restroom comfortably.  That you would choose to overlook that and spout bigotry from your public platform deeply saddens me. No kindergartener should have to be taken to court and told by the people designated to help her grow that she does not deserve the basic human right of feeling safe and comfortable.

Kai is a child you are meant to help, not a criminal for you to condemn.  I sincerely hope you take any part of this letter to heart, because right now you are just a hateful disappointment from where I am standing.