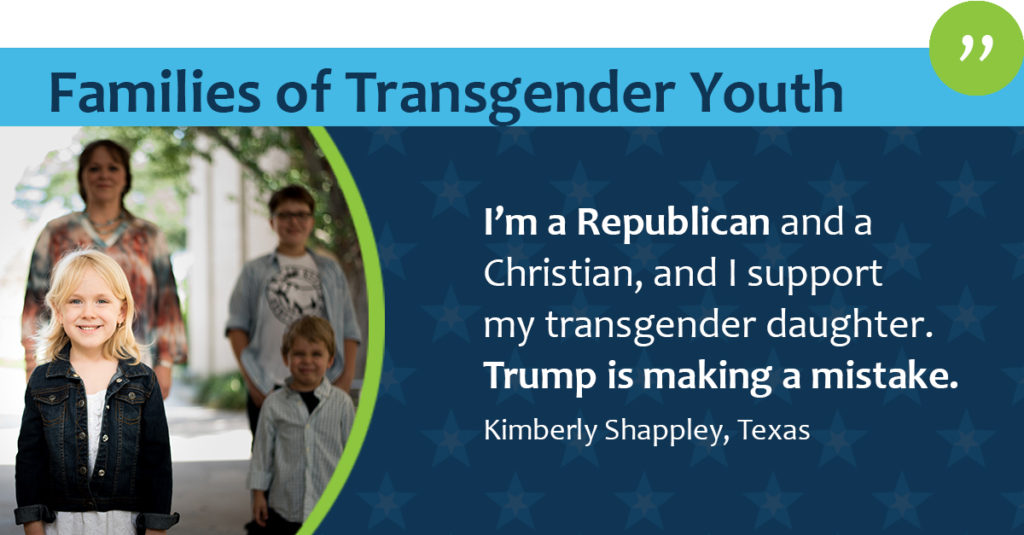 This action sends a terrible message to some of our most vulnerable young people that the president and his administration will not protect them from discrimination. Every student deserves the chance to learn, succeed and prepare for their future, including transgender and gender non-conforming students.

Forcing a student to use a restroom that doesn’t match their gender identity puts their safety at risk. According to the 2015 U.S. Transgender Survey Texas Report (1,490 respondents), more than 200 students (14%) faced such severe mistreatment as a transgender person that they left their K-12 school. In fact, 24% of transgender students were actually physically attacked at a K-12 school because of their gender identity.

Every student deserves to be safe at school and learn in an environment free of bullying and harassment. It is the responsibility of schools to provide that environment, and of the government to ensure that students can learn, not to put them in harm’s way.

We have two opportunities to speak up for fairness and equality!

Sign up to join the Transgender Education Network of Texas, Equality Texas and the ACLU of Texas at Trans Texan Lobby Day on March 6th in Austin. Sign up here.

On March 20th, join us for All In For Equality. This will be the biggest rally in the state this year for LGBTQ equality. Sign up here.

It’s important to remember that transgender students will continue to have access to legal protections under the requirements of the U.S. Constitution and Title IX’s prohibition on discrimination on the basis of sex. Federal laws that are used to protect transgender students have not changed, and school districts across the country must still comply with the law.

Together we will send a message that discrimination is not a Texas value and has no place in our great state.