After the Governor released his agenda for the special session, it became clear that the attack on the rights and liberties of Texas would continue with transgender kids, the right to vote, Texas classrooms and abortion. Texas House Democrats courageously broke quorum this past Monday in defiance of voter suppression legislation and the constant erosion of citizen rights on all fronts. 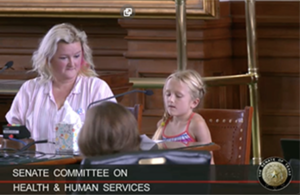 While parents courageously spoke of the actual harm the legislature has caused their children this year, politicians on the committee asked invasive questions about their children’s medical history and identity documents. Senators then used that information on the Senate floor in their continued efforts to further marginalize transgender children in Texas. This underhanded political tactic is yet another escalation of the attack on our community and why we will stop at nothing to protect trans kids.

The Governor has announced that he will call continual special sessions until his priorities are passed. Donate today so we can have the resources to fight him every step of the way.

This special session’s anti-trans bills, the sports bans SB 2 (Perry) and SB 32 (Perry) passed the Senate on Wednesday. Without a quorum, business in the Texas House has come to a halt, and all eyes are on our state leaders to see how the situation will resolve. SB 2 and SB 32 were the only anti-trans bills in the Senate on the Governor’s special session agenda. We will be watching closely to see whether the Senate will find new ways to continue their attack on trans lives.

There’s a lot up in the air at the Texas capitol right now. What we do know is that anti-trans bills aren’t going anywhere.

In the first week of the special session alone, 15 bills have been filed directly targeting transgender kids along with 2 bills that attack the LGBTQ+ community as a whole. That’s 17 total anti-LGBTQ+ bills in a week for a special session — in 2019, there were only 19 anti-LGBTQ+ bills filed total. It’s clear that the Texas legislature has made attacking transgender kids a priority. And we’ve already seen the harm.

Calls from Texas to the crisis hotline Transgender Lifeline increased 71.6% in May, at the peak of the debate on similar bills.

Transgender children participating in sports is not a national emergency; these attacks on trans kids and the ongoing trauma to the trans community certainly are. That is unconscionable.

What you can do

The next few weeks will be a waiting game but Equality Texas is gearing up for the long haul through creating public education campaigns, cultivating key experts to testify, and updating our messaging to meet this moment. You may feel like us — exhausted and hurting, unable to see a clear path forward with this uncertainty. Because we don’t know what the next week holds, this week’s call-to-action is simple: fill your cup. Get some rest while you can.

Another action you can take during this waiting game: donate to our Special Session Fund. Any gift — even $5 — will help us defend the rights of LGBTQ+ Texans against this unconscionable attack.