A report released in 2013 by the Williams Institute, a think tank at UCLA Law, found that an estimated 1.4 million – or 4.3 percent of Latino adults in the Unites States consider themselves to be lesbian, gay, bisexual or transgender. As this number continues to increase year after year, it is no surprise that the largest LGBTQ conference, Creating Change, has a daylong institute dedicated to these Latin@ communities within the social justice movement.

The Creating Change Conference is sponsored and organized by The National LGBTQ Task Force. This year marks the 28th gathering of the uniquely programmed national conference featuring a pre-eminent political focus, leadership advancements, and skills-building. In 2013, Unión=Fuerza was launched, the first Latin@ Institute at Creating Change. The Institute is a diverse convening of LGBTQ Latin@s and allies from across the country who foster supportive relationships and build capacity to advance LGBTQ Latin@ activism. 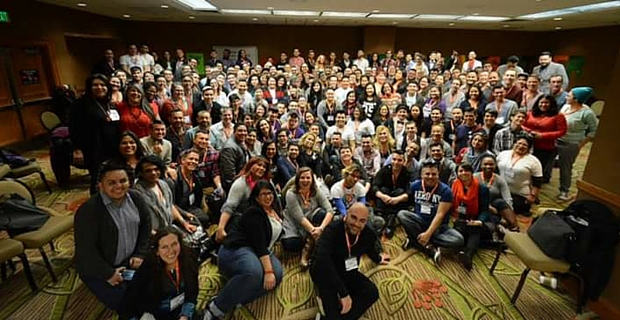 While we saw many advances to the equality landscape in 2015; lots of work is still needed to achieve fully lived equality, especially for people of color. Increased community education about the importance of access to quality healthcare, affordable housing, immigration reform, employment discrimination, education inequalities, family acceptance, and violence is needed. Now in its fourth year, Unión=Fuerza is stronger than ever and provides a safe space for organizers, activists, students, politicians, and non-profit employees. Through Unión=Fuerza, participants from across the country have an opportunity to share knowledge, exchange resources, and build organizational capacity.

Equality Texas is proud to be a community partner of the Latino Institute Unión=Fuerza and looks forward to doing our part with its organizers and community partners to ensure we strengthen and unify LGBTQ Latino communities.

The 28th annual convening of the Creating Change Conference will take place January 20-24, 2016 at the Hilton Chicago.