Will you hire me if I’m gay?

I love being a photographer; it’s a large part of my identity. Another large part of my identity is being a lesbian. There are a lot of things in the news right now about businesses discriminating against customers who are part of the LGBTQ community, but what about when a business owner doesn’t get hired because a potential customer finds out she’s gay? Recently, I found myself presented with this very situation.

I had been communicating with a new client about a shoot for her daughter’s upcoming 5th birthday. Everything had been going really well: we had talked about possible dates and times, specific shots she wanted, and what kind of print packages I could offer. Then, after not hearing anything from her for almost two days, I got a message from her asking if I was gay. She said she’d seen my personal Facebook profile. She also wanted to know if I photographed gay people. My first thought was that maybe she was a part of the LGBTQ community and wanted some reassurance. My second thought, though, was that things were about to get very unpleasant.

I told her “yes, I am gay,” and that it was no secret—the rainbow filter on my profile picture sends a pretty clear message. I also shared that I had worked with a number of LGBTQ individuals and couples in the area, and I was proud to be able to say so. The messages I received from her after that were filled with vitriol and hatred. She let me know that there was no way she would hire me. She told me I had no business working with babies and children; she didn’t want my “lifestyle” to give her daughter the idea that being gay was acceptable.

The day I received these messages from this woman, I posted on my Facebook business page, letting everyone know that I photograph people from all walks of life and that I do not discriminate. I lost a number of people from my page that day, but it felt important to say.

She continued her hateful campaign for a number of days after that. She posted negative reviews on a couple of online platforms, “warning” everyone about my sexual orientation—like it had some bearing on my abilities as a photographer. I had the fake reviews removed, but it was still hard not to take them personally.

My work is intrinsically tied to who I am, so it affected me. I do not hide the fact that I’m gay, but suddenly I was worried that it might prevent me from being successful as a photographer in Texas. I live every day trying to model pride for my children, because I want them to always know that they should love themselves and others, as they are. But reading her words, I didn’t feel proud; I felt a little broken.

That’s why I am so grateful for the people who continued to stand by me and endorse my photography. Their support for my business overwhelmed me with hope for the future of the LGBTQ community. 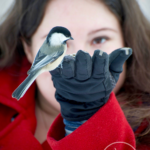